Doctors Sound the Alarm on Covid-19 Cases. Is Anyone Listening?

Debunking Bleach or Chlorine Dioxide as a Medical Treatment

A Company Famous For Selling Aspirin Once Legally Sold Heroin

Do You Have an Autistic Child?

Welcome to the challenges of evaluating suicide prevention programs. 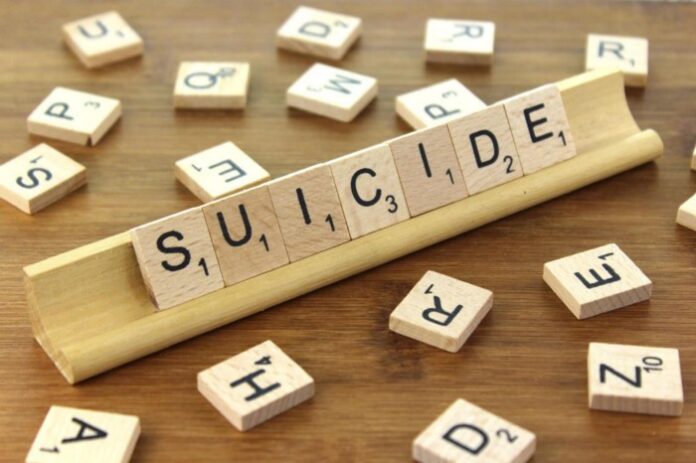 You can add your voice to this article. Scroll to the footer to comment

Preventing suicide is an important public health priority, but community-based programs are often not based on evidence that their strategies can work. Many suicide prevention programs end up wasting money, as well as opportunities to save lives.

In this article, I take a quick look at a recent review of brief interventions to prevent suicide after a person has made a visit to an emergency or urgent care service for suicidal ideation or attempted suicide or has been discharged from an inpatient stay for those reasons.

The authors were interested in interventions that could be delivered in a single contact, perhaps with brief messages afterward. The interventions were intended to engage patients with mental health care and reduce the likelihood of a subsequent suicide attempt.

The article is paywalled, but if you click on the link, you can at least get a look at a detailed abstract.

The authors undertook a systematic search of multiple databases for titles and abstracts in the past 20 years that included relevant key words. This search yielded almost 4000 articles, but ultimately only 14 studies were considered eligible for inclusion in the review, with outcomes for 4270 patients.

Each article included at least one of these outcomes: subsequent suicide attempts, linkage to mental care, and depression symptoms at follow-up.

Components of the interventions included brief contact in the form of telephone calls, handwritten notes, and text messages. Three studies included coordination of care, which involved back and forth communication between the clinic team referring the patient and the team receiving the patient for follow-up outpatient care. Five studies involved a Safety Planning Intervention:

The review reports the pooled effects of the brief intervention were a moderate increase in engagement in mental health care. The authors estimated that these results represented a 22.5% increase in receipt of follow-up care in patients receiving the intervention over usual care.

However, there was no significant reduction in depressive symptoms associated with patients receiving the intervention versus being in the control condition.

I gave a look at the figures and supplementary tables and found that the studies included in the meta-analysis were generally small, except two larger projects reported in three articles. Neither was a randomized trial, but both involved a matched comparison, either between sites receiving the intervention to similar sites providing usual care or the same sites before and after the intervention. These two projects accounted had three-quarters of the weight in the analyses of subsequent suicide attempts.

The authors did careful analyses and found that removal of any one study did not affect their results. However, removing the results of the two projects eliminated the significance of the reduction in suicide attempts associated with receiving the intervention.

I took a further look at the large project that provided the two effect sizes. It was an impressive study of patients receiving the Safety Planning Intervention (SPI+) after being recruited from the emergency departments of US Veterans Health Administration hospitals. Results from the larger component of the study were:

The SPI+ was associated with about 50% fewer suicidal behaviors over a 6-month follow-up and more than double the odds of engaging in outpatient behavioral health care.

Veterans have about a fifth higher risk of suicide than the general population, but the VA hospitals have better coordination of care than other parts of the thoroughly fragmented American health care system.

Lower-income patients receiving Medicare have more coordinated care in the public health system and fewer worries about insurance coverage. However, persons receiving insurance through their employers may face copayments and those who are unemployed may lack insurance coverage altogether.

Bottom line is that SPI+ intervention may be less effective in the mostly less organized aspects of American health care.

The authors of the review stated

“We were not able to examine whether brief suicide interventions ultimately reduced suicide deaths because most studies in the review did not include death as an outcome.”

But isn’t reducing deaths the purpose of suicide prevention? I doubt a meta-analysis with a pool of only 4270 patients is large enough to register a significant effect on deaths, even in a very high-risk group recruited from EDs and discharges from inpatient stays. At that level of risk, most patients will still not die by suicide, regardless of whether they get an intervention.

I have been an external scientific advisor for two decades of multi-region, multilevel community-based programs in Europe and a significant decrease in deaths has eluded us. Even when these projects relied on a composite outcome of deaths plus serious efforts at self-harm, we have mostly just missed an effect, pooling outcomes from five countries or more.

I was delighted to discover a few years ago the first study demonstrating a significant reduction in deaths among teens at high risk of suicide.

The intervention involved assigned them an adult buddy to give them support and keep them in treatment after they were discharged from an inpatient stay. The study only achieved a modest effect when the teens were followed up to 11 years.

The study actually found no significant decrease in suicide. Only when the investigators combined deaths due to suicide with deaths due to substance and alcohol use but judged not to be intentional self-harm. Apparently, teens at high risk of suicide as often die from using drugs and alcohol as from a deliberate attempt to end their lives.

Like the current review, this study was only a signal, not a definitive conclusion about how we can prevent deaths by suicide.

Every death by suicide, every effort at serious self-harm is a tragedy and a loss, not only for a person but for a circle of people for whom that person’s life has meaning.

Looking back, family members and professionals can usually identify some point where something could have been done differently that might have saved a life. But predicting the past does not allow us to predict the future and precisely when and where the next suicide will occur and what could be done to prevent it.

Every suicide is a tragedy, but it is inevitable that somewhere the next suicide will occur. Believing otherwise only leads to the needless blame of family members and punishing professionals who only in hindsight can identify what could have been done.

Suicide is infrequent enough and has such diverse causes that no single risk factor or combination will predict accurately what specific individual will die by suicide. Most individuals who die by suicide were not at high risk. Preventing suicide is complicated.

I sometimes advise members of the Canadian government on how to spend scarce resources wisely in efforts to deal with suicide as a major public health issue. I recently reminded them of what they were up against.

In 2017, the last year for which full data are available, there were 4157 suicides in Canada. The Canadian population in 2017 was 36.5 million, but this population is spread across 3.85 million mi.² 72% of the population is concentrated within 150 km (93 miles) of the nation’s southern border with the United States, but that is one of the longest borders the world. Additionally, there is great diversity within the Canadian population and that diversity matters when suicide prevention is being considered.

What then is to be done? We know that restriction of the means to prevent suicide is an evidence-based strategy that will ultimately reduce death by suicide on a population basis.

We know how ready access to affordable primary care and specialty mental health care reduces a risk factor for suicide and has its own benefits beyond reducing suicide. How this is achieved will differ with different populations in different contexts.

The current well-done review with its conservative analyses and interpretations has some modest but important messages. Brief interventions may well be able to keep high-risk persons in contact with mental health services and just may reduce acts of intentional self-harm. Those are excellent goals in themselves.

Special thanks to Dr. Stephanie Doupnick for her answers to my questions about her team’s review.

James Coynehttp://www.coyneoftherealm.com
James C. Coyne is Professor Emeritus of Psychology in Psychiatry at the University of Pennsylvania where he was Director of Behavioral Oncology at the Abramson Family Cancer Center and Senior Fellow, Leonard Davis Institute of Health Economics. He also was Professor of Health Psychology at the University of Groningen, the Netherlands, and has been on the faculties of University of Michigan School of Medicine and University of California, Berkeley. He received a BA in Psychology from Carnegie Mellon in 1969 and a Ph.D. in Clinical Psychology from Indiana University in 1975. Professor Coyne was the 2015 Carnegie Centenary Visiting Professor at the University of Stirling. He is the author of over 400 articles and chapters and has been designated one of the most influential psychologists of the second half of the twentieth century. His diverse interests have included clinical health psychology, mental health services research, and evaluation of depression screening and suicide prevention programs. As a blogger at Science-Based Medicine and Mind the Brain, Dr. Coyne is known for skeptical appraisals of advice gurus misleading consumers with hype and hokum. His activism with colleagues concerning undisclosed conflicts of interest has yielded dozens of corrections to published papers, a few retractions, and the Bill Silverman Prize from the Cochrane Collaboration.

Retraction! A Chirping Sound Treatment for Fibromyalgia Finally Gets Flagged

The Benefits of Using Wellness Apps Are Likely Exaggerated, False, or...

Why Didn’t a Review Examine Whether Brief Interventions to Prevent Suicide...

Professor Coyne was the 2015 Carnegie Centenary Visiting Professor at the University of Stirling. He is the author of over 400 articles and chapters and has been designated one of the most influential psychologists of the second half of the twentieth century. His diverse interests have included clinical health psychology, mental health services research, and evaluation of depression screening and suicide prevention programs. As a blogger at Science-Based Medicine and Mind the Brain,

Dr. Coyne is known for skeptical appraisals of advice gurus misleading consumers with hype and hokum. His activism with colleagues concerning undisclosed conflicts of interest has yielded dozens of corrections to published papers, a few retractions, and the Bill Sliverman Prize from the Cochrane Collaboration.

All articles, information and publications featured by the author on thees pages remain the property of the author. Creative Commons does not apply and should you wish to syndicate, copy or reproduce, in part or in full, any of the content from this author, please contact Medika directly.

If you'd like to keep up to date with James's latest articles on Medika why not subscribe to our newsletter below.

GET THE MEDIKA NEWSLETTER