AI and Its Revolutionary Path Toward Drug Discovery

It feels like yesterday when computers first became integral in our lives; now, it is difficult to imagine existence without these fantastic machines. They are continuing to evolve in leaps and bounds, and soon, they will bring about more monumental change. Envision a few decades from now: our children will be browsing our archives and marveling at how we struggled to make artificial intelligence a reality. They will learn about the day we had our very first encounter with the very first AI-synthesized drug. They will read about how excited we were when the drug went into clinical trials, how it fared, and perhaps, how it initiated a trend that would see AI identifying drug targets that could provide relief for several disease conditions worldwide.

If you are familiar with AI trends, you are likely cognizant of its vast possibilities. That it can surpass human intelligence and better apply information is something future generations will be grateful for. You may have heard that AI could hold the key to drug discovery, personalized and precision medicine, diagnosis, and disease treatment.

Today, our world is experiencing one of the most significant milestones in the history of artificial intelligence as researchers and scientists recently announced the first precision-engineered drug generated by AI.

The drug, now ready for clinical trials, was created by the UK-based Exscientia in collaboration with Japanese Pharma, Sumitomo Dainippon Pharma (DSP). Exscientia designed it for obsessive-compulsive disorder (OCD), and the clinical trial will measure its efficacy on the human system and its possible side effects.

OCD is a disease characterized by irrational fear or obsession capable of triggering repetitive actions. The majority of people who suffer from this condition are aware that their actions are illogical. Still, they can not ignore the urge to perform it repeatedly. Information published by the National Institute of Mental Health shows that it affects 2.3% of the United States’ adult population. OCD is not discriminatory as it can affect anyone regardless of race, age, or gender.

“OCD affects 2.3% of the adult population in the United States.”

Since the obsessions may occupy hours with repetitive behavior, OCD has significant implications on a person’s emotional health, education, career, and social and personal life. A body’s natural biology, genetics, or environmental factors can contribute to OCD’s presence, including streptococcal infections known as Pediatric Autoimmune Neuropsychiatric Disorders (PANDAS).

Why Is AI-Based Drug Discovery Worth Celebrating?

Creating drugs is a process that can occupy researchers for many years. However, utilizing AI, the discovery of the latest OCD medication took just 12 months instead of the usual 60 (or five years). Also, AI could locate the candidate compound (an antibody or small molecule with a strong therapeutic potential whose activity can be optimized to create drugs) within 350 synthesized compounds rather than the conventional 2,500.

The molecule is known as DSP-1181, and it was created by utilizing algorithms that sifted through and singled out potential compounds for having good potential against a massive database of parameters. Selecting potential compounds helped identify optimal candidate molecules faster than expected, thereby setting a new drug discovery milestone.

Industry enthusiasts, scientists, and researchers expect the introduction of DSP-1181 to usher in a new era in which more effective AI-synthesized drugs will be discovered strictly by recommendations from AI-based systems.

Dsp-1181 and Its Possibilities

DSP-1181 is a long-acting and potent serotonin 5-HT1A receptor agonist recently added to the DSP’s lengthy psychiatry and neurology research pipeline. Although the drug’s efficacy is untested, information gathered from the International OCD foundation shows that over a quarter of patients do not benefit from the standard treatments for OCD. These treatment methods include selective serotonin reuptake inhibitors (SSRIs) or Exposure and Response Prevention (ERP).

This challenge presents the need for an urgent clinical intervention targeted towards the brain’s glutamate system as a strategy for treating refractory OCD or treatment-resistant OCD.

If all goes well, thanks to artificial intelligence, we may soon have a new AI-synthesized drug capable of assisting OCD patients in managing their symptoms and thus leading normal lives.

The use of AI in drug discovery is evolving at a fast rate. There are reports that it has helped R&D discover a therapeutic drug candidate for the first time, and more news is always breaking. Amazingly, the use of AI and deep learning to design, synthesize, and validate a novel drug candidate is 15 times faster than the best pharma companies!

Overall, these advancements are more evidence that artificial intelligence may hold the key to several future discoveries. 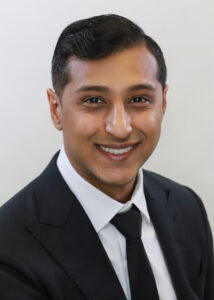 More from this author

With ethnic minorities still lagging in vaccinations in the US, examples, and lessons from Native Americans efforts to vaccinate their communities should be learned from

What You May Not Know About Breast Cancer

How America Lost Interest in Covid Amidst a Pandemic

Setting the Record Straight. Plants and Herbs Have Value.

The Attention On Uvalde Will Fade. The Horror Will Not

‘The Peace Of The Mask’ Has Been Most Refreshing

Monkeypox: What You Need to Know

Can We Reverse Memory Loss with Brain Liquid From Younger Folks?

When It Comes to Medicine – The Smartest Person in the Room Is the Patient!

“Self-Care” – Wisdom Discovered Among the Papers of a Beloved Parent

Why Is There No True, Empathic Patient Engagement or Is There?”

A unique and independent operating unit of FINN Partners