Do We Need to ReAssess Our Covid Vaccination and Testing Policies?

The Long Arm of COVID19

The long-lasting symptoms after “recovery” 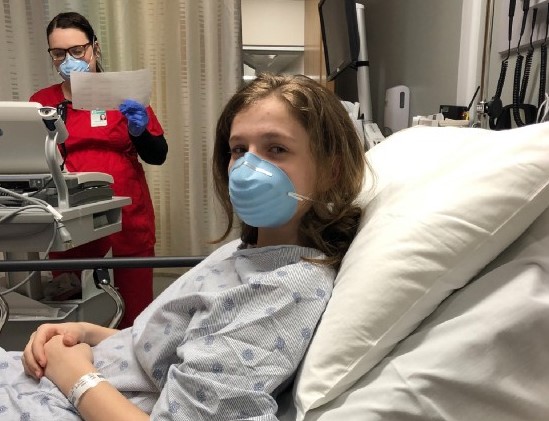 The COVID19 pandemic, according to Dr. Anthony Fauci, Director of the National Institute of Allergy and Infectious Diseases, is not a fleeting viral illness; it will be here for a long time. “I don’t really see us eradicating it.”

An expert, Dr. Bruce Aylward, from the World Health Organization, is of a similar mind. But there is hope for stemming the spread now.

Patients who have “recovered” from the virus produce antibodies in their blood plasma. These antibodies may protect them from further infection and can be used as a treatment for other current patients. But this, also, is questionable.

If the antibodies provide any protection, they might be a stop-gap measure before the availability of a vaccine. How long will that protection last before a viable treatment is devised?

Vaccines currently in clinical trials around the world may be one response to stave off contracting the virus, but not everyone will be vaccinated. The lack of total world immunization will result in clusters of either asymptomatic or symptomatic individuals spreading the disease in unprotected areas. Then, too, no one knows if the vaccines will work or how long their effectiveness will last.

To extinguish an ongoing epidemic and obviate the need for any other measures (e.g., social distancing), the vaccine has to have an efficacy of at least 80% with a 75% vaccine coverage.

As vaccines become available and are introduced into world populations, those who have had COVID19 may not benefit from them. Cleared and identified as recovered, these patients are now exhibiting a wide-ranging array of previously unknown symptoms. Could a vaccine negate these symptoms in a patient now recovered? Are the symptoms permanent?

The lungs were thought to be the primary area of attack of the virus, but it soon became apparent that there were other, unusual and unnoticed, manifestations of the disease. Only now is the medical community coming to grips with a virus that appears to come in more than one form and with new symptoms.

COVID19 attacks the entire body in its process that affects all the organs in the body in its mechanism causing blood clotting.

Scientists think these clotting complications may stem from the virus’s attack on cells that line the blood vessels. When the virus attacks blood vessel cells, inflammation increases, and blood begins to form clots, big and small. These blood clots can travel all over the body and wreak havoc on organs, perpetuating a vicious cycle of thromboinflammation.

Rashes, known as COVID toes, presented as discolorations of pink or purple, developed toward the ends of patients’ toes. As they began to appear, they were a further sign of the virus’ encroachment on parts of the body unassociated with the lungs.

Dr. Sarah Young of The Cleveland Clinic noted, “The symptoms of COVID-19 are evolving, but do not yet include rash. At this point, when we see rashes in patients, we should still follow the standard protocol to determine — based on symptoms, risk factors and exposures — if screening for COVID-19 is appropriate.”

The link between hair loss and COVID is just starting to be reported and recognized in research. Sara Hogan, MD, a health sciences clinical instructor at the David Geffen School of Medicine at UCLA, says this timeline makes sense because hair loss often happens to patients 3 to 5 months after a stressful illness or experience.

The circulatory system and the heart show damage caused by COVID19. In the heart, one study found “our findings reveal that significant cardiac involvement occurs independently of the severity of original presentation and persists beyond the period of acute presentation, with no significant trend toward reduction of imaging or serological findings during the recovery period.”

Initial symptoms of COVID19 may not include lung issues but “evidence of myocardial injury in 20–40% of hospitalized cases manifesting as cardiac chest pain, fulminant heart failure, cardiac arrhythmias, and cardiac death. Indeed, symptoms of cardiac chest pain and palpitations are the presenting features in some patients.”

Abnormal blood clotting was also noted. The clots can cause stroke, psychosis, and a dementia-like condition. Usually occurring elsewhere in the body, the clots travel to the lung, causing death. In covid19, this wasn’t the case.

So it’s not the pulmonary embolism which is the major cause of severe illness but the inflammation of the blood vessels and a change in the clotting system of the blood.

The litany of symptoms associated with COVID19 may still require additions, but we do know that damage is in the whole body. The lungs may be cratered and require transplants, but other symptoms may not be as apparent at this time.

An additional concern has now cropped us, known as the “post-COVID19 syndrome,” concern has been expressed by Dr. Fauci. The symptoms in many of these unrecovered patients are “highly suggestive” of myalgic encephalomyelitis, the disabling illness also commonly called chronic fatigue syndrome or ME/CFS. “This is something we really need to seriously look at,” said Fauci.

The appearance of some of these symptoms as a result of COVID19 isn’t new. After the 1918 influenza pandemic, approximately one million people were diagnosed with a brain disorder called encephalitis lethargica or “sleepy sickness.” It was seen again in the 20s and 30s.

The cohort of worldwide patients recovering or being reinfected with the virus is growing, and new symptoms will crop up. The task now is to recognize neurologic and psychiatric disorders related to COVID19 and take appropriate measures. But the question of what are “appropriate measures” remains to be answered with trial-and-error efforts against a quickly morphing disease.

Pat Farrell PhDhttps://medium.com/@drpatfarrell
I'm a licensed psychologist in NJ/FL and have been in the field for over 30 years serving in most areas of mental health, psychiatry research, consulting, teaching (post-grad), private practice, consultant to WebMD and writing self-help books. Currently, I am concentrating on writing articles and books.

Unforeseen Rise of the Long-Hauler Rehab Clinic Is Imminent

The World of Zoom and Virtual Reality’s Hidden Health Benefits

Not Simply Masking, But Double Masking Is Needed

Does Being Male Increase the Risk of Dying From COVID-19?

Based on a paper that studied over a million individuals, males are at a higher risk of severe disease and death from COVID-19.

New Data Shows No Evidence of COVID-19 Spread in Gyms

The Uninfected Victims of Covid. In Search of Pandemic Solutions

Digital Health Should Have a Larger Voice in COVID-19 Detection

Polly Tommey is a walking, talking propaganda machine for the anti-vax groups. Her lies and deceptive marketing pose a serious threat to public health. A convert of Andrew Wakefiled, she

Do We Need to ReAssess Our Covid Vaccination and Testing Policies?

Oceans of Blessings. Touch the Life of a Cancer Patient