Central Dogma has Lost its Dog

Here is a Solution to Painful Sex

Privatizing Medicare: Greed is Creating a Financial Crisis for Seniors

The impacts of large health insurers on the Medicare Advantage market 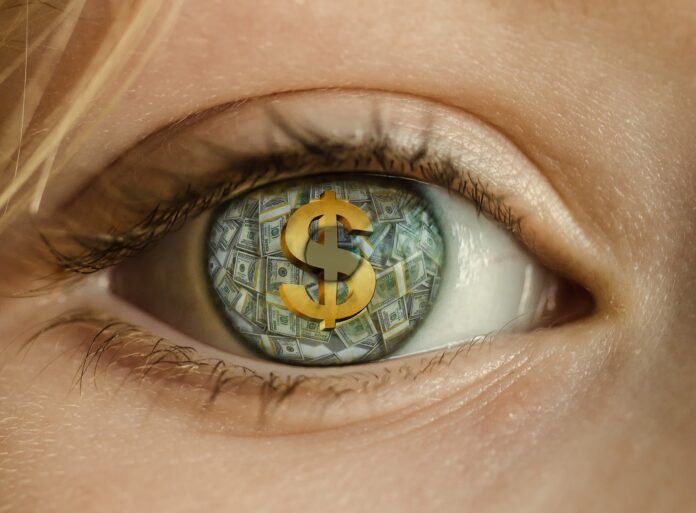 Greed is driving the privatization of Medicare. Large health insurance companies are dominating the Medicare Advantage (MA) market and gaming the system to maximize profits. The Centers for Medicare and Medicaid Services (CMS) seem quite content to allow these insurers to make huge profits even at a cost to taxpayers above traditional Medicare. The loser in the push to privatize Medicare is seniors. What all these MA plans have in common are higher costs for members when they get sick. This is creating a new financial crisis for seniors in retirement.

What MA plans and CMS don’t fully explain to seniors is the significant back-end costs that can escalate when they get sick or develop chronic diseases. If seniors do not stay in the network or have services that are not approved by the health plan, out-of-pocket expenses can reach $8800-$10,000. These higher costs during an illness put a significant financial burden on seniors with fixed incomes. In many cases, seniors have no option but to declare bankruptcy.

MA plans can receive increased payments from CMS if they enroll sicker patients. The hierarchical condition category (HCC) which started in 2004, relies on ICD-10 coding to assign risk scores to patients. CMS uses HCC coding to assign patients a risk adjustment factor (RAF) which impacts health plan revenue.  In a public integrity report, risk score errors triggered nearly $70 billion in “improper” payments to MA plans from 2008 through 2013. In addition, between 2007 and 2011, the report found that risk scores of MA patients rose sharply in plans in at least 1,000 counties nationwide, increasing taxpayer costs by more than $36 billion over estimated costs of caring for patients in traditional Medicare in those same counties.

All of these factors have contributed to excessive profits for these large insurance companies. United Healthcare, the largest insurer for MA, posted a profit of $3.5 billion for the fourth quarter of 2019, with an annual profit of $13.8 billion. Humana, the second largest insurer for MA, reported $64.9 billion in revenue for 2019, and earned $2.7 billion in profit for the year, up from $1.7 billion the year prior.

While MA is great for large insurers and their CEOs, seniors are seeing more financial risk shifted to them with larger deductibles, co-pays, and co-insurance, resulting in higher costs, and significant debt. The percentage of households headed by an adult aged 65 or older with any debt increased from 41.5% in 1992 to 60% in 2016. The median total debt for senior households was $31,300 in 2016; more than 2.5 times what it was in 2001.

The increased debt burden has forced more seniors into bankruptcy with over 60% citing high medical costs as the reason. Data from the Consumer Bankruptcy Project demonstrates that since 1991, there has been a five-fold increase in seniors filing bankruptcy. In 2020, 1 in 7 people who filed for bankruptcy was age 65 or older.

Before filing bankruptcy, many seniors forego healthcare to try and save money to help pay for the debt. Over half (52 percent) indicated that the single most important item they had to forego the year prior to filing bankruptcy was related to medical care and included surgeries, doctor visits, prescriptions, and dental care.

The following is a quote that summarizes what seniors are experiencing. “My bankruptcy started with back surgery I had in 2011. I had several medical tests that my insurance did not cover. This caused me to fall behind in my medical payments. The next thing I knew, the bills began piling up. I got to the point I owed more than I was making on Social Security. To get out from under these medical bills I had to file bankruptcy.”

In 2020, the 65 and older age group made up 21% of the total population and by 2030, 24% of Americans will be 65 and older. Nearly a quarter of the country will be looking for affordable healthcare in retirement. MA is clearly not the solution:

Scroll down to comment or leave your thoughts on this article

Thomas A Malone, MDhttps://thomasamalone.com
Practiced clinical neonatology for 20 years before getting my MBA in 1998. I have served in a number of C-suite roles that give me a unique perspective for my writing.

Privatizing Medicare: Greed is Creating a Financial Crisis for Seniors

Leave a response to this article Cancel reply

Could Boron Nitride Nanofilms Finally Offer an Alternative to Antibiotics?

Unforeseen Rise of the Long-Hauler Rehab Clinic Is Imminent

A Doctor Questions His Future as Recertification Looms

Resistant, Searing Fear in the ER/ED

Children with no COVID-19 symptoms may shed virus for weeks

Central Dogma has Lost its Dog

The Central Dogma of Biology. Biological information flows along a one-way street, or does it? A new paper questions the validity of long-held tennents.

Here is a Solution to Painful Sex

We All Have Pain