The Links Between Heart Disease and Mental Health 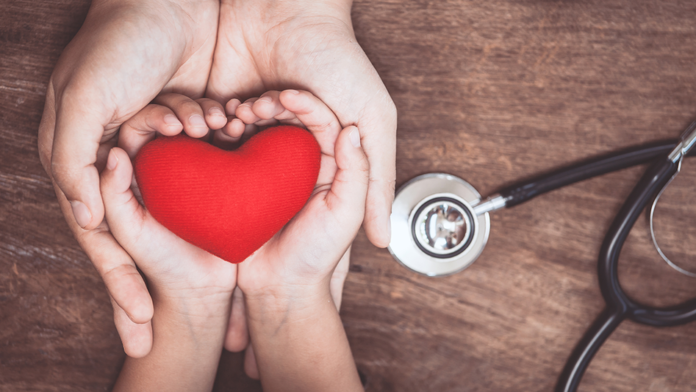 Research shows veterans, people with PTSD and their partners, racial minorities and women are at higher risk of developing heart conditions resulting from poor mental health.

Mental health is an important part of overall health and refers to a person’s emotional, psychological, and social well-being. Mental health involves how we think, feel, act, and make choices.

Mental health disorders can be short- or long-term and can interfere with a person’s mood, behavior, thinking, and ability to relate to others. Various studies have shown the impact of trauma, depression, anxiety, and stress on the body, including stress on the heart.(1-3)

What mental health disorders are related to heart disease?

Some of the most commonly studied mental health disorders associated with heart disease or related risk factors include the following:

What is the connection between mental health disorders and heart disease?

People experiencing depression, anxiety, stress, and even PTSD over a long period of time may experience certain physiologic effects on their bodies, such as increased cardiac reactivity (e.g., increased heart rate and blood pressure), reduced blood flow to the heart, and heightened levels of cortisol. Over time, these physiologic effects can lead to calcium buildup in the arteries, metabolic disease, and heart disease.

Evidence shows that mental health disorders—such as depression, anxiety, and PTSD—can develop after cardiac events, including heart failure, stroke, and heart attack.(4) These disorders can be brought on after an acute heart disease event from factors including pain, fear of death or disability, and financial problems associated with the event.(5)

Some literature notes the impact of medicines used to treat mental health disorders on cardiometabolic disease risk. The use of some anti-psychotic medications has been associated with obesity, insulin resistance, diabetes, heart attacks, atrial fibrillation, stroke, and death.(6)

Mental health disorders such as anxiety and depression may increase the chance of adopting behaviors such as smoking, inactive lifestyle, or failure to take prescribed medications.(5) This is because people experiencing a mental health disorder may have fewer healthy coping strategies for stressful situations, making it difficult for them to make healthy lifestyle choices to reduce their risk for heart disease.(4)

Who is most at risk from higher rates of heart disease from mental health disorders?

Specific populations, such as the following, show higher rates of heart disease as a result of pre-existing mental health disorders:

Recognize the signs and symptoms of mental health disorders and heart disease. For mental health you can make yourself aware of the following conditions and be on the lookout for any symptoms you may be experiencing.

Anxiety Disorders: People with anxiety disorders respond to certain objects or situations with fear and dread. Anxiety disorders can include obsessive-compulsive disorder, panic disorders, and phobias.

Obsessive-Compulsive Disorder: If you have OCD, you have repeated, upsetting thoughts called obsessions. You do the same thing over and over again to try to make the thoughts go away. Those repeated actions are called compulsions.

Trauma and Stress Related Disorders: Post-traumatic stress disorder (PTSD) can occur after living through or seeing a traumatic event, such as war, a hurricane, rape, physical abuse or a bad accident. PTSD makes you feel stressed and afraid after the danger is over.

The list above is by no means complete and should you feel you require help, look to a qualified Health professional for assistance. More detailed information on these and other mental health conditions can be found on MentalHealth.Gov

Heart Related symptoms to be on the lookout for include

If you think that you, or someone you know, is having a heart attack, call 9-1-1 immediately. Lastly, here are a few more things you can address to ensure both your mental and heart health.

Digital Health Should Have a Larger Voice in COVID-19 Detection

Have a voice? Have a smart phone? That’s all that may be needed to test vocal biomarkers, a non-invasive, democratic way to track disease symptoms.

Have You Tried Exercising to Reduce Your Menstrual Pain?

Who Not To Trust: A List of 10 Covid-19 Charlatans and “Medical” Snake-Oil Salesmen

Understanding Mask Terminology, N95/KN95/N99, and What to Buy

How OMICS and Other Predatory Publishers Enable Scientific Fraudsters

Do Medications Have Psychiatric Side Effects?