Oriahnn; Can a Drug Stop Heavy Periods for Women With Fibroids and Improve Their Lives?

Five Things Your Nipples May be Trying to Tell You

COVID-19 Vaccine Talk; Here Is Why We Need to Tap the Brakes

Inside a Debate Between Scientists on Facial Masking for Covid-19

How Pregnant Women Can Cope With Nausea and Vomiting

Information sourced from the U.S National Library of Medicine.

Azithromycin tablets USP contain the active ingredient azithromycin, a macrolide antibacterial drug, for oral administration. Azithromycin has the chemical name (2R,3S,4R,5R,8R,10R,11R,12S,13S,14R)-13-[(2,6-dideoxy-3-C-methyl-3-O-methyl-α-L-ribo-hexopyranosyl) oxy]-2-ethyl-3,4,10-trihydroxy-3,5,6,8,10,12,14-heptamethyl-11-[[3,4,6-trideoxy-3-(dimethylamino)-β-D-xylo-hexopyranosyl]oxy]-1-oxa-6-azacyclopentadecan-15-one. Azithromycin is derived from erythromycin; however, it differs chemically from erythromycin in that a methyl-substituted nitrogen atom is incorporated into the lactone ring. Its molecular formula is C38H72N2O12, and its molecular weight is 749.00

Azithromycin is a macrolide antibacterial drug indicated for the treatment of patients with mild to moderate infections caused by susceptible strains of the designated microorganisms in the specific conditions listed below. Recommended dosages and durations of therapy in adult and pediatric patient populations vary in these indications.

3 Limitations of Use
Azithromycin should not be used in patients with pneumonia who are judged to be inappropriate for oral therapy because of moderate to severe illness or risk factors such as any of the following
patients with cystic fibrosis,
patients with nosocomial infections,
patients with known or suspected bacteremia,
patients requiring hospitalization,
elderly or debilitated patients, or
patients with significant underlying health problems that may compromise their ability to respond to their illness (including immunodeficiency or functional asplenia).

2 Hepatic Dysfunction
Azithromycin is contraindicated in patients with a history of cholestatic jaundice/hepatic dysfunction associated with prior use of azithromycin.

Single 2-gram dose regimen:
Overall, the most common adverse reactions in patients receiving a single 2-gram dose of azithromycin were related to the gastrointestinal system. Adverse reactions that occurred in patients in this study with a frequency of 1% or greater included nausea (18%), diarrhea/loose stools (14%), vomiting (7%), abdominal pain (7%), vaginitis (2%), dyspepsia (1%), and dizziness (1%). The majority of these complaints were mild in nature.
Pediatric Patients
Single and Multiple-dose regimens: The types of adverse reactions in pediatric patients were comparable to those seen in adults, with different incidence rates for the dosage regimens recommended in pediatric patients.

Nelfinavir
Co-administration of nelfinavir at steady-state with a single oral dose of azithromycin resulted in increased azithromycin serum concentrations. Although a dose adjustment of azithromycin is not recommended when administered in combination with nelfinavir, close monitoring for known adverse reactions of azithromycin, such as liver enzyme abnormalities and hearing impairment, is warranted. [see ADVERSE REACTIONS (6)]

Use in Specific Populations

Human Data
Available data from published observational studies, case series, and case reports over several decades do not suggest an increased risk for major birth defects, miscarriage, or adverse maternal or fetal outcomes with azithromycin use in pregnant women. Limitations of these data include the lack of randomization and inability to control for confounders such as underlying maternal disease and maternal use of concomitant medications.

Animal Data
Azithromycin administered during the period of organogenesis did not cause fetal malformations in rats and mice at oral doses up to 200 mg/kg/day (moderately maternally toxic). Based on body surface area, this dose is approximately 4 (rats) and 2 (mice) times an adult human daily dose of 500 mg. In rabbits administered azithromycin at oral doses of 10, 20, and 40 mg/kg/day during organogenesis, reduced maternal body weight and food consumption were observed in all groups; no evidence of fetotoxicity or teratogenicity was observed at these doses, the highest of which is estimated to be 2 times an adult human daily dose of 500 mg based on body surface area.
In a pre- and postnatal development study, azithromycin was administered orally to pregnant rats from day 6 of pregnancy until weaning at doses of 50 or 200 mg/kg/day. Maternal toxicity (reduced food consumption and body weight gain; increased stress at parturition) was observed at the higher dose. Effects in the offspring were noted at 200 mg/kg/day during the postnatal development period (decreased viability, delayed developmental landmarks). These effects were not observed in a pre- and postnatal rat study when up to 200 mg/kg/day of azithromycin was given orally beginning on day 15 of pregnancy until weaning.

Safety and effectiveness in the treatment of pediatric patients with acute otitis media, acute bacterial sinusitis and community-acquired pneumonia under 6 months of age have not been established. Use of azithromycin for the treatment of acute bacterial sinusitis and community-acquired pneumonia in pediatric patients (6 months of age or greater) is supported by adequate and well-controlled trials in adults.

Pharyngitis/Tonsillitis: Safety and effectiveness in the treatment of pediatric patients with pharyngitis/tonsillitis under 2 years of age have not been established.

Mechanism of Action
Azithromycin is a macrolide antibacterial drug

Pharmacodynamics
Based on animal models of infection, the antibacterial activity of azithromycin appears to correlate with the ratio of area under the concentration-time curve to minimum inhibitory concentration (AUC/MIC) for certain pathogens ( S. pneumoniae and S. aureus). The principal pharmacokinetic/pharmacodynamic parameter best associated with clinical and microbiological cure has not been elucidated in clinical trials with azithromycin.

Cardiac Electrophysiology
QTc interval prolongation was studied in a randomized, placebo-controlled parallel trial in 116 healthy subjects who received either chloroquine (1000 mg) alone or in combination with oral azithromycin (500 mg, 1000 mg, and 1500 mg once daily). Co-administration of azithromycin increased the QTc interval in a dose- and concentration- dependent manner. In comparison to chloroquine alone, the maximum mean (95% upper confidence bound) increases in QTcF were 5 (10) ms, 7 (12) ms and 9 (14) ms with the co-administration of 500 mg, 1000 mg and 1500 mg azithromycin, respectively.

Pharmacokinetics
Following oral administration of a single 500 mg dose (two 250 mg tablets) to 36 fasted healthy male volunteers, the mean (SD) pharmacokinetic parameters were AUC 0–72=4.3 (1.2) mcg∙hr/mL; C max=0.5 (0.2) mcg/mL; T max=2.2 (0.9) hours. Two azithromycin 250 mg tablets are bioequivalent to a single 500 mg tablet.
In a two-way crossover study, 12 adult healthy volunteers (6 males, 6 females) received 1500 mg of azithromycin administered in single daily doses over either 5 days (two 250 mg tablets on day 1, followed by one 250 mg tablet on days 2 to 5) or 3 days (500 mg per day for days 1 to 3). Due to limited serum samples on day 2 (3-day regimen) and days 2 to 4 (5-day regimen), the serum concentration-time profile of each subject was fit to a 3-compartment model and the AUC 0–∞ for the fitted concentration profile was comparable between the 5-day and 3-day regimens.

Fatalities have been reported. Cases of Drug Reaction with Eosinophilia and Systemic Symptoms (DRESS) have also been reported. Despite initially successful symptomatic treatment of the allergic symptoms, when symptomatic therapy was discontinued, the allergic symptoms recurred soon thereafter in some patients without further azithromycin exposure. These patients required prolonged periods of observation and symptomatic treatment. The relationship of these episodes to the long tissue half-life of azithromycin and subsequent prolonged exposure to antigen is presently unknown.
If an allergic reaction occurs, the drug should be discontinued and appropriate therapy should be instituted. Physicians should be aware that allergic symptoms may reappear when symptomatic therapy has been discontinued.

Hepatotoxicity
Abnormal liver function, hepatitis, cholestatic jaundice, hepatic necrosis, and hepatic failure have been reported, some of which have resulted in death. Discontinue azithromycin immediately if signs and symptoms of hepatitis occur.

Infantile Hypertrophic Pyloric Stenosis (IHPS)
Following the use of azithromycin in neonates (treatment up to 42 days of life), IHPS has been reported. Direct parents and caregivers to contact their physician if vomiting or irritability with feeding occurs.

QT Prolongation
Prolonged cardiac repolarization and QT interval, imparting a risk of developing cardiac arrhythmia and torsades de pointes, have been seen with treatment with macrolides, including azithromycin. Cases of torsades de pointes have been spontaneously reported during postmarketing surveillance in patients receiving azithromycin. Providers should consider the risk of QT prolongation which can be fatal when weighing the risks and benefits of azithromycin for at-risk groups including:
patients with known prolongation of the QT interval, a history of torsades de pointes, congenital long QT syndrome, bradyarrhythmias or uncompensated heart failure
patients on drugs known to prolong the QT interval
patients with ongoing proarrhythmic conditions such as uncorrected hypokalemia or hypomagnesemia, clinically significant bradycardia, and in patients receiving Class IA (quinidine, procainamide) or Class III (dofetilide, amiodarone, sotalol) antiarrhythmic agents.
Elderly patients may be more susceptible to drug-associated effects on the QT interval.

Clostridium difficile-Associated Diarrhea (CDAD)
Clostridium difficile-associated diarrhea has been reported with use of nearly all antibacterial agents, including azithromycin, and may range in severity from mild diarrhea to fatal colitis. Treatment with antibacterial agents alters the normal flora of the colon, leading to overgrowth of C. difficile.
C. difficile produces toxins A and B which contribute to the development of CDAD. Hypertoxin producing strains of C. difficile cause increased morbidity and mortality, as these infections can be refractory to antibacterial therapy and may require colectomy. CDAD must be considered in all patients who present with diarrhea following antibiotic use. Careful medical history is necessary since CDAD has been reported to occur over two months after the administration of antibacterial agents.
If CDAD is suspected or confirmed, ongoing antibiotic use not directed against C. difficile may need to be discontinued. Appropriate fluid and electrolyte management, protein supplementation, antibiotic treatment of C. difficile, and surgical evaluation should be instituted as clinically indicated.

Use in Sexually Transmitted Infections
Azithromycin, at the recommended dose, should not be relied upon to treat syphilis. Antibacterial agents used to treat non-gonococcal urethritis may mask or delay the symptoms of incubating syphilis. All patients with sexually transmitted urethritis or cervicitis should have a serologic test for syphilis and appropriate testing for gonorrhea performed at the time of diagnosis. Appropriate antibacterial therapy and follow-up tests for these diseases should be initiated if infection is confirmed.

Development of Drug-Resistant Bacteria
Prescribing azithromycin in the absence of a proven or strongly suspected bacterial infection is unlikely to provide benefit to the patient and increases the risk of the development of drug-resistant bacteria.

Adverse reactions experienced at higher than recommended doses were similar to those seen at normal doses particularly nausea, diarrhea, and vomiting. In the event of overdosage, general symptomatic and supportive measures are indicated as required.

Carcinogenesis, Mutagenesis, Impairment of Fertility
Long-term studies in animals have not been performed to evaluate carcinogenic potential. Azithromycin has shown no mutagenic potential in standard laboratory tests: mouse lymphoma assay, human lymphocyte clastogenic assay, and mouse bone marrow clastogenic assay. In fertility studies conducted in male and female rats, oral administration of azithromycin for 64 to 66 days (males) or 15 days (females) prior to and during cohabitation resulted in decreased pregnancy rate at 20 and 30 mg/kg/day when both males and females were treated with azithromycin. This minimal effect on pregnancy rate (approximately 12% reduction compared to concurrent controls) did not become more pronounced when the dose was increased from 20 to 30 mg/kg/day (approximately 0.4 to 0.6 times the adult daily dose of 500 mg based on body surface area) and it was not observed when only one animal in the mated pair was treated. There were no effects on any other reproductive parameters, and there were no effects on fertility at 10 mg/kg/day. The relevance of these findings to patients being treated with azithromycin at the doses and durations recommended in the prescribing information is uncertain.

PREGOPOWER offers a complete pregnancy solution for doctors and mothers, ensuring 24/7 monitoring for mothers and access to their doctors in real time, all the time. To download the app, 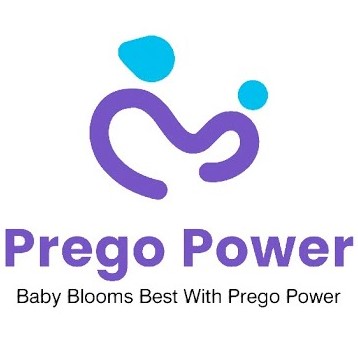 COVID-19 Vaccine Talk; Here Is Why We Need to Tap the Brakes

Covid-19 cases are once again on the rise. Hospitalizations are increasing. The prospect of a brutal third...
Read more
General Health

Purdue Reformulated OxyContin to Reduce Abuse — Did They Succeed?

OxyContin was neither superior to old-fashioned immediate-release oxycodone, a cheaper generic, nor did it offer any advantage over other opioids like morphine.
Read more 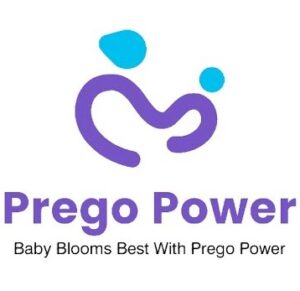