Understanding how a cerebral aneurysm can affect your health 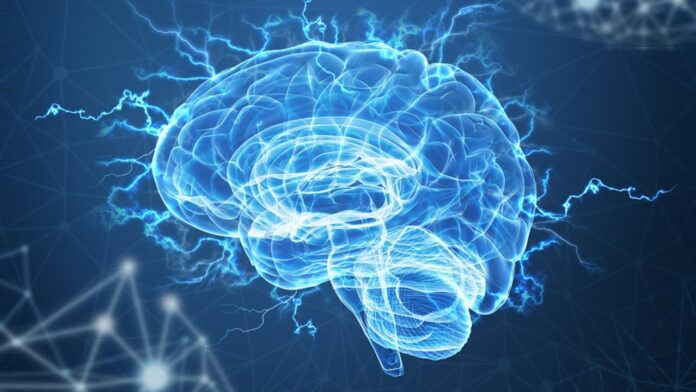 These aneurysms can occur anywhere in the brain. Some small aneurysms may not show signs and are usually detected during imaging tests for other medical conditions. The signs and symptoms of an unruptured cerebral aneurysm will partly depend on its size and rate of growth. A larger aneurysm that is steadily growing may produce symptoms such as numbness, pain above and behind the eye, and paralysis on one side of the face.

Immediately after an aneurysm ruptures, an individual may experience such symptoms as a sudden and unusually severe headache, nausea, vision impairment, vomiting, and loss of consciousness.

What are the symptoms?

Unruptured aneurysm
Most cerebral aneurysms do not show symptoms until they either become very large or rupture.  Small unchanging aneurysms generally will not produce symptoms.

A larger aneurysm that is steadily growing may press on tissues and nerves causing:

Ruptured aneurysm
When an aneurysm ruptures (bursts), one always experiences a sudden and extremely severe headache (e.g., the worst headache of one’s life) and may also develop:

Leaking aneurysm
Sometimes an aneurysm may leak a small amount of blood into the brain (called a sentinel bleed).  Sentinel or warning headaches may result from an aneurysm that suffers a tiny leak, days or weeks prior to a significant rupture.  However, only a minority of individuals have a sentinel headache prior to rupture.

If you experience a sudden, severe headache, especially when it is combined with any other symptoms, you should seek immediate medical attention.

How are aneurysms classified?

Type
There are three types of cerebral aneurysms:

What causes a cerebral aneurysm?

Cerebral aneurysms form when the walls of the arteries in the brain become thin and weaken.  Aneurysms typically form at branch points in arteries because these sections are the weakest.  Occasionally, cerebral aneurysms may be present from birth, usually resulting from an abnormality in an artery wall.

Risk factors for developing an aneurysm

Sometimes cerebral aneurysms are the result of inherited risk factors, including:

Other risk factors develop over time and include:

Additionally, high blood pressure, cigarette smoking, diabetes, and high cholesterol puts one at risk of atherosclerosis (a blood vessel disease in which fats build up on the inside of artery walls), which can increase the risk of developing a fusiform aneurysm.

Risk factors for an aneurysm to rupture

Not all aneurysms will rupture.  Aneurysm characteristics such as size, location, and growth during follow-up evaluation may affect the risk that an aneurysm will rupture. In addition, medical conditions may influence aneurysm rupture.

Most cerebral aneurysms go unnoticed until they rupture or are detected during medical imaging tests for another condition.

If you have experienced a severe headache or have any other symptoms related to a ruptured aneurysm your doctor will order tests to determine if blood has leaked into the space between the skull bone and brain.

Several tests are available to diagnose brain aneurysms and determine the best treatment. These include:

What are the complications of a ruptured cerebral aneurysm?

Aneurysms may rupture and bleed into the space between the skull and the brain (subarachnoid hemorrhage) and sometimes into the brain tissue (intracerebral hemorrhage). These are forms of stroke called hemorrhagic stroke.  The bleeding into the brain can cause a wide spectrum of symptoms, from a mild headache to permanent damage to the brain, or even death.

After an aneurysm has ruptured it may cause serious complications such as:

Seizures.  Aneurysm bleeding can cause seizures (convulsions), either at the time of bleed or in the immediate aftermath.  While most seizures are evident, on occasion they may only be seen by sophisticated brain testing.  Untreated seizures or those that do not respond to treatment can cause brain damage.

How are cerebral aneurysms treated?

Not all cerebral aneurysms require treatment.  Some very small unruptured aneurysms that are not associated with any factors suggesting a higher risk of rupture may be safely left alone and monitored with MRA or CTA to detect any growth.  It is important to aggressively treat any coexisting medical problems and risk factors.

Treatments for unruptured cerebral aneurysms that have not shown symptoms have some potentially serious complications and should be carefully weighed against the predicted rupture risk.

Individuals should also take the following steps to reduce the risk of aneurysm rupture:

Surgery
There are a few surgical options available for treating cerebral aneurysms.  These procedures carry some risk such as possible damage to other blood vessels, the potential for aneurysm recurrence and rebleeding, and a risk of stroke.

Other treatments for a ruptured cerebral aneurysm aim to control symptoms and reduce complications.  These treatments include

Rehabilitative therapy.   Individuals who have suffered a subarachnoid hemorrhage often need physical, speech, and occupational therapy to regain lost function and learn to cope with any permanent disability.

What is the prognosis?

An unruptured aneurysm may go unnoticed throughout a person’s lifetime and not cause symptoms.

After an aneurysm bursts, the person’s prognosis largely depends on:

About 25 percent of individuals whose cerebral aneurysm has ruptured do not survive the first 24 hours; another 25 percent die from complications within 6 months.  People who experience subarachnoid hemorrhage may have permanent neurological damage.  Other individuals recover with little or no disability.  Diagnosing and treating a cerebral aneurysm as soon as possible will help increase the chances of making a full recovery.

Recovery from treatment or rupture may take weeks to months.

Offsite Links
Please note that the links below are to information and materials not hosted on Medika’s servers and are as such, not subject to our Terms of Use

Information also is available from the following organizations:

It is the second most common form of skin cancer, characterized by abnormal, accelerated growth of squamous cells. When caught early, most SCCs are curable.